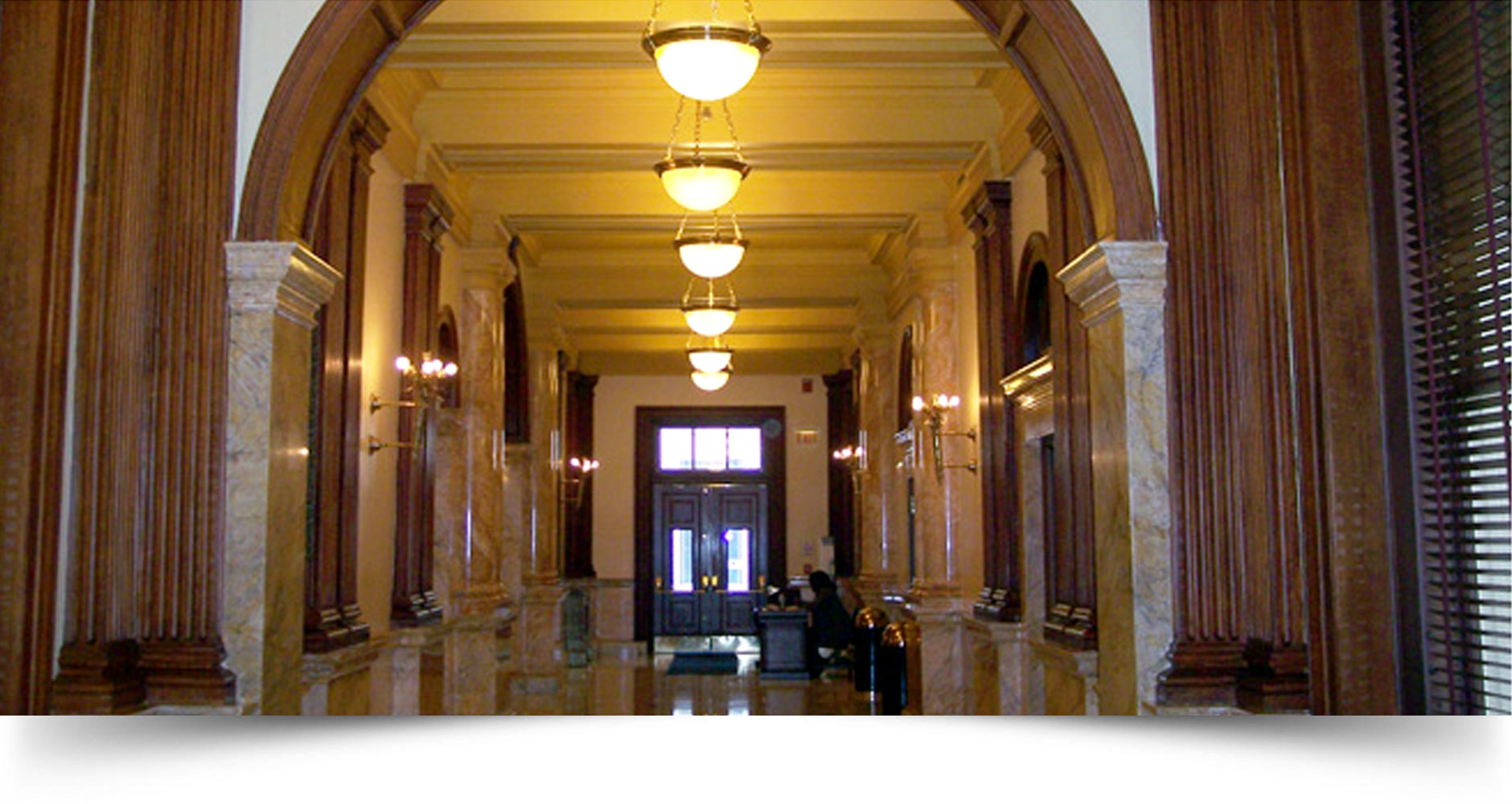 Throughout the halls government, we know how to get things done

Fairleigh Dickinson University’s newly launched Center for Excellence has named Dennis Marco to its Advisory Board.

The Center For Excellence was established to serve as the leading education and training center to develop high-performance individuals in public, nonprofit, and philanthropic leadership.

In addition to serving on the board, Dennis will teach a course entitled Advocacy to Achieve Your Organization’s Mission.

Designed to help nonprofit organizations develop an effective Advocacy strategy, the course will cover ways to leverage relationships with public officials and opinion leaders to become more pro-active in the public policy area.

Examples of Hamilton Public Affairs’ achievements on behalf of clients

OBSTACLE: Many patients were not utilizing their prescribed number of visits because of exorbitant copays, as high as $50, set by insurance companies. This was preventing patients from getting the care they needed and it was reducing patient revenue.

OUR APPROACH: HPA-NJ met with representatives of the N.J. Department of Banking and Insurance and provided EOB’s from Physical Therapy practices which documented the problem. NJ DOBI found that two of the four major payers in the state were not in compliance with the minimum standards regulations.

THE OUTCOME: APTANJ achieved its objective, to lower copay rates for PT visits.
As a result, of N.J. DOBI’s actions, the state’s largest health insurer (Horizon BCBSNJ) and Aetna issued new copay guidelines and communicated them to all New Jersey customers. Patients would no longer be financially impacted and would be less likely to avoid needed treatments. This initiative also received the attention of national APTA organization. A webinar was presented to share this information with other chapters around the country.

OBSTACLE: A large Mercer County Hospital System was removed from the largest payer in the State’s network. This threatened the loss of patient volume necessary to the hospital’s operation.

OUR APPROACH: We were part of the team that adopted a multi-pronged approach, which included:
— Meetings with the Hospital’s Executive Team;
— Provided Strategic input on the grass roots advertorial campaign;
— Engaged legislative and administration support.

THE OUTCOME: The large insurance payer and the Hospital system agreed on mutually accepted terms, after an extensive grassroots campaign and negotiations, which included the N.J. Public Advocate.

CLIENT: The Leukemia and Lymbphoma Society

OUR APPROACH: Legislation had already been introduced and was waiting for three years to be passed. HPA-NJ was engaged to assist with the final passage of the legislation and to negotiate any attempts by the opponents to have the Administration veto the bill.

THE OUTCOME: The bill successfully passed the Legislature and was sent to the Governor. The Governor signed the bill and the Oral Cancer Drug Parity Bill became law in New Jersey.

OBSTACLE: New Jersey has over 13,000 residents that live with Multiple Sclerosis. The MS Society needed a legislative remedy to bring more attention to this disease so it could develop a strategic plan to help patients obtain their needs and services.

OUR APPROACH: HPA identified legislators that would have a connection to the disease and requested that they sponsor the NJ. Multiple Sclerosis Task Force. The Task force members would include researchers, patients and MS advocates.

THE OUTCOME: Legislation was passed and signed into law by Governor Christie.

OBSTACLE: As “insurer of last resort,” BCBSNJ was forced to insure all patients who had been rejected by other insurers. This allowed the other insurers to remain profitable, by insuring only healthy people; and it forced BCBSNJ to continually raise rates to cover the higher medical cost of its sicker population. The higher rates encouraged healthier people to get cheaper coverage at competing insurance companies that were not bound by the same requirements, putting BCBSNJ into what actuaries call a classic “death spiral,” which threatened to bankrupt the company.

OUR APPROACH: We initiated a legislative solution to change the existing public policy. We met with legislators individually and in groups to explain the situation. We secured bi-partisan support to change the Individual and Small Group insurance market. We argued that it was the responsibility of all N.J. health inusrance carriers to provide health insurance to New Jersey individuals and small groups on a modified community rating and gender-only basis.

THE OUTCOME: New Jersey Legislators passed a law requiring any insurer in the state to insure a proportional number of “bad risk” patients. If they did not, they had to pay into a pool that was used to offset BCBSNJ’s losses. The result was a gradual recovery of BCBSNJ, now Horizon. 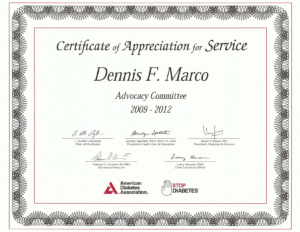 The American Diabetes Association recognizes Dennis Marco for his work on its Advocacy Committee over a three-year period toward the prevention and cure of diabetes and toward helping to improve the lives of all people affected by diabetes.

What others have to say about Hamilton Public Affairs.

“I’ve worked with Dennis Marco for nearly 20 years and have watched him achieve successful results that others had predicted unlikely. Although Dennis makes it look easy, he studies issues thoroughly, is an astute strategist and is a persistent advocate on behalf of his clients. He has endless connections and, while others are wondering who they can turn to, Dennis knows exactly where to go. He gets results.”
Bill Carlos
Avow Communications